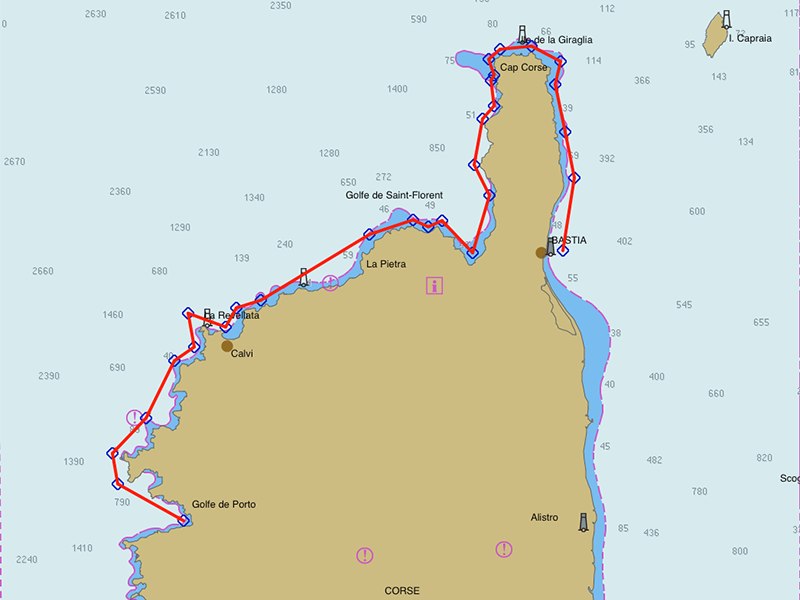 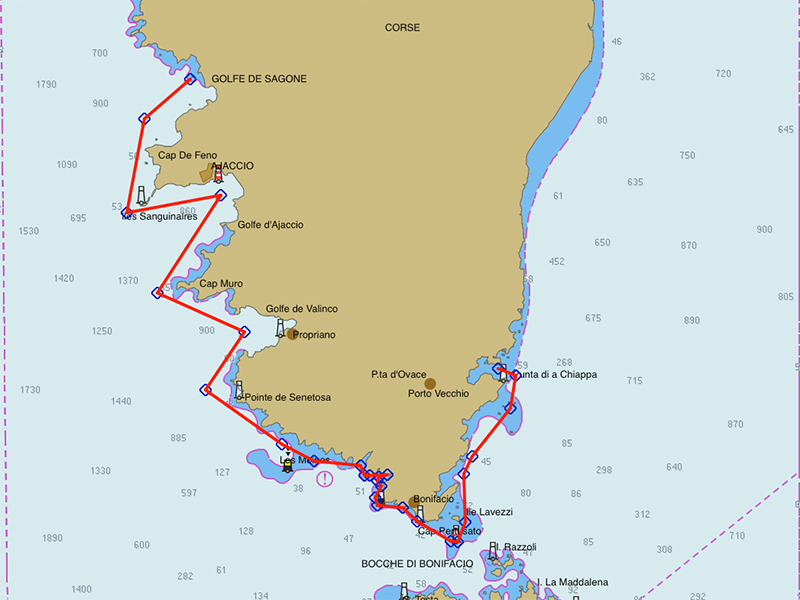 Corsica is one of the most popular destinations for sailing holidays. It is characterized by a wild and rugged coastline on the west side, where Mainè knows all the gulfs and enchanting bays where you can swim or spend the night anchored under the stars. The villages bordering the sea have ancient stories and they all deserve a visit.

Northern Corsica
In the northern part of the island, after passing Macinaggio northward, Mainè will take you between Cap Corse and the island of Giraglia, in a landscape where the maquis spreads its strong scents. The small fishing village of Centuri – known for lobster fishing – and its harbor are a good overnight stop. You then go down to Saint Florent to stock in port before reaching the Desert des Agriates and anchor in front of the beach of Saleccia, a long strip of white sand that resembles the atolls of the Pacific Ocean.
Going further, you will find the Ile Rousse and the historic fortified town of Calvi, offering good mooring at the buoys or in the port, while a little further north of the Gulf of Porto there are the  natural reserve of Scandola and a popular harbour area, the Girolata, where you can dock in the crystal clear waters for long swims and for the night.

Southern Corsica
The southern part of Corsica offers its best on the side that faces towards Sardinia, in the so-called Bocche di Bonifacio. After visiting Porto Vecchio and the Bay of Rondinara on the eastern side, the small islands of Cavallo and Lavezzi strike you for their bare land, the granite blocks and the clear waters.
The spectacle offered by Bonifacio, perched on a spur of rock that seems about to fall into the sea, does not end after entering into its narrow fjord, but it continues with the visit of the town, with its historic streets and the wonderful view of the Sardinian coast at sunset . From Bonifacio to the Gulf of Propriano several bays follow one another, they are often impossible to reach from land, where there are uncrowded beaches even in high season.